“PRICE ONLY” NEGOTIATIONS: PRICE OF WHAT?
October 26, 2019
Newsroom 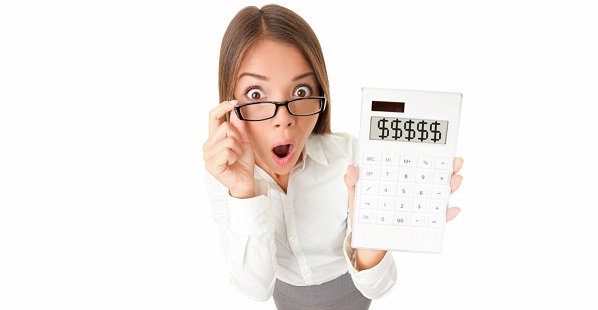 “PRICE ONLY” NEGOTIATIONS: PRICE OF WHAT?

Given that it is now the do-or-die Q4 for many companies, I thought this topic was timely. While this occurred several years ago, I remember it like it was yesterday. After months of intense selling, providing technical “demos” and submitting a formal proposal, my client was now bracing for what they believed would be a tough “price only” negotiation with procurement.

They had dealt with this procurement manager when negotiating the pilot program, almost a year previously and committed about every negotiation sin you can name (conceded on price, gave away valuable services for free, etc.—all without trading for anything). To make matters worse, this was the biggest opportunity in the company’s pipeline for Q4…

The SVP of sales requested I work with the account team to help them negotiate and close the deal with the parting remark “This deal has to come in at projected value before the end of quarter—or heads will roll!” It wasn’t clear whose heads would role, but I figured mine was in that cohort. Unfortunately, I had a lot of catching up as I was not involved in the pilot previously sold, nor the positioning and proposal for this high seven to low eight-figure deal.

Gathering the account team together and reviewing the opportunity, it was clear that we could bring significant value to the customer, but I wasn’t sure we had ever formally articulated that value—during the pilot, sale, or in the proposal. The team was certain we were the “#1 technical choice” and that the business “wanted us to win”. Still not convinced, I asked for a copy of the proposal to take back to my hotel room to read that evening.

The proposal was a work of art. It was professionally packaged in four color with lots of charts, graphs and diagrams—and it was thick! Unfortunately, it was all about my client and what they wanted to sell to the customer (products, software and services). It didn’t mention what the customer actually wanted to “buy”—which was better outcomes and value to the business. Additionally, all that well-packaged information was publicly available and most likely had already been seen by the customer in their research early in their buying cycle.

The only “new” information was the pricing section, which was an assortment of indecipherable names and SKUs of products, software and services with volumes and prices for each. The account team had reason to be concerned as they had essentially told the customer in their proposal the negotiation was only about the prices of those products, software and services. We were about to have the wrong negotiation and it would be brutal.

Working with the account team the next day, we finalized the expected outcomes and value we would deliver to the customer’s business. Then we mapped them to the specific products, software and services that were proposed. As a result, we had a pretty solid story—unfortunately it was just “our story” as the customer had not heard any of it (and I was pretty sure procurement didn’t care…yet).

We desperately needed a negotiation plan, because we were going to be told the “price was too high” (like that’s a surprise). The question was, what were we going to do about it? We developed a strategy of what we would trade both in and out of the deal depending on what prices procurement asked us to reduce (and put limits on how far we would reduce any price). We also agreed on everyone’s role and I took them through numerous dry runs of what I expected procurement to do and how to keep everything “on the table” until the final deal was agreed to. In short, I felt the account team was as prepared as possible given the circumstances.

As the day of the “formal negotiation” approached, the district manager asked if I would attend the procurement meeting with the team. I accepted but reminded him this was their deal (and commission) and their negotiation. Also, I’ve found putting a “consultant” between them and the customer could introduce unpredictable dynamics (just like when a customer puts a consultant in the middle during a sales campaign). Therefore, I would be there for moral support. We also agreed, I would only actively participate if things started going “off the rails,” at which point I would call for a timeout and huddle to get the team back on track.

When the procurement manager and his team met us in the conference room, it was like I was seeing the caricature of every tough buyer I had ever faced. As the discussions began, he constantly interrupted, pounded on the table and virtually shouted “the PRICE WAS TOO @$&?# HIGH!” With frequent glances at me, the account team soldiered on.

I was proud of the team as they held their ground and only moved on price when it was exchanged for something we wanted in the deal or they took something out of the deal. With every trade, they then told the procurement manager what the impact to the value and outcomes would be for the business just like we had planned and practiced. These were mostly shrugged off by the procurement manager, but you could sense he was getting increasingly frustrated.

Finally, he’d had enough and jabbing his finger at me, said “You’re not helping here at all. Tell them I want their lowest price – period!” And then challenged me with “Maybe you can give me the best and final price I want.”

“Ten dollars! What the hell do I get for ten dollars?” he demanded while glaring at me. “Now we’re having the right conversation” I responded calmly.

After an uncomfortable silence, he chuckled to himself and the tension ebbed from the room. He then turned back to the account team and asked if they would stand by the value and outcomes of the deal they had negotiated so far? The team readily concurred, as long as nothing else changed in the deal. The procurement manager agreed to present the current deal as well as the expected outcomes/value to the business later that day. The business quickly approved, and the deal was closed shortly thereafter. It turned out to be a pretty good deal for both parties, but that was not a foregone conclusion.

Too often, we present the customer with a “proposal” (whether a simple 2-page quote or packaged in a fancy binder), where the only unexplored information is the pricing of our products or services. Or perhaps we sell professional services and present the customer with our hourly or daily rates in a “rate card.” Price is always part of the conversation, but we failed to directly link that price to the correct “what”. We’ve unwittingly framed the formal negotiation to be about the price of “what they are paying for” (products, software, services or hours).

The predictable result is a price-only negotiation where procurement can drive a single issue (win-lose) negotiation. They essentially get us to negotiate against ourselves and concede (lose) on price in order to give them what they want—with no impact to the outcomes and value that are most important to their internal business customer.

If instead, we make the “what” being negotiated the outcomes they want to achieve and the value we bring to the deal (as well as the price to accomplish them), then we’ve set up the “right negotiation”. Procurement will soon realize they are negotiating against themselves (and the desired outcomes of their internal business customers). And that’s not a game they want to play. This is the best way I know to attack the price only negotiation.

Ideally, this should have happened during the sales campaign and been reinforced in the proposal. In this instance, we got very lucky because we could discern with a high degree of certainty the potential value for the business. We also had a robust negotiation strategy. A few months later the district manager related a humorous conversation with the procurement manager where they both laughed about that negotiation. The procurement manager even said he liked me, but preferred I not attend future negotiations. Come to think of it, that client never asked me again to attend a customer negotiation…