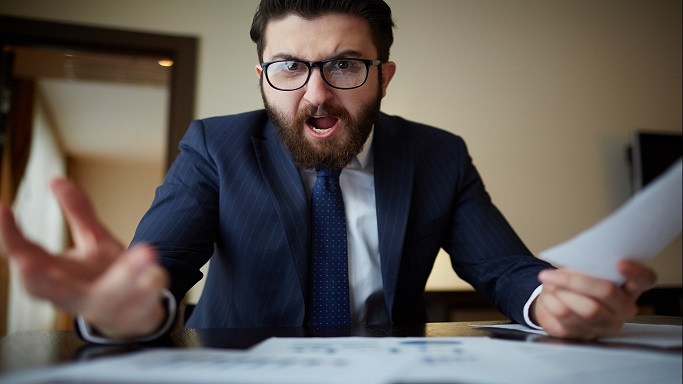 In the previous blog, we continued our discussion of the critical questions sales management should ask when it comes to closing must-win deals and explored “Is Our Proposal Compelling?”, in which we introduced the idea of seven simple slides that make it easier for the customer to buy from us – and feel confident it is the right decision. In this blog, we’ll transition to the next phase of the selling cycle and explore “Common Negotiation Mistakes.

My observation over the years when called to consult on contentious B2B negotiations (for some reason I don’t get calls when they are going well), is that we routinely commit four common mistakes. These mistakes often play into the hands of trained procurement professionals and make it easy for them to exploit – resulting in an unpleasant negotiation for us as well as a lousy deal. But it doesn’t have to be that way. Let’s look at the four mistakes.

My clients lament the Internal Negotiation is usually more painful than the external negotiation with the customer. I’ve found this is pretty universal in B2B negotiations. The reason is that we conduct it in “crisis mode” late in the sales cycle. In short, we are not ready to negotiate with the customer and procurement knows this and takes advantage of it. In essence they get us to negotiate against ourselves.

Instead, as we learned in a previous blog “Are We Aiming At The Right Target?”, we need to determine if we are aiming at the right deal based on the outcomes important to each side. This tells us the Deal Levers that should be in the deal. But we still need to prioritize those levers and give them limits (Ask For – Accept). By determining the priorities of levers and assigning ranges, we are now prepared to negotiate. In order to do so, we must involve the appropriate internal stakeholders. This is the essence of the Internal Negotiation! Done early in the sales cycle, we are now aiming at a Great Deal and are ready to negotiate with the customer.

We Grant The Customer Too Much Power

Most sales reps will tell you they believe the customer has the power in any negotiation because they are the ones with the money. And since most reps don’t have enough sales pipeline, they are desperate for the deal to close. As a result, they unknowingly grant the customer way too much power and thus give away too much in the negotiation.

Power in any negotiation is a function of each side’s alternative to doing a deal. By determining each side’s alternative, analyzing the impacts of that alternative and then comparing them we can make an informed determination of who really has the power. And it is the side that can walk away from a deal with the least pain. It’s really no more complicated than that! Now we are negotiating the right way.

We View Each Negotiation As An Isolated Event

Is it really just an isolated event in this sale? How many of you have taken over an account where your predecessor did some “unnatural acts” at the end of a quarter or year-end to bring a deal in? You don’t see that as an isolated event because you’re living with the results every day! Where do you think the next negotiation will begin when you want to upsell or cross-sell that account – especially if you are chasing an even bigger deal? But the implications are much broader than just this customer.

Would it shock you if I told you many of your customers will talk to each other and compare notes about the deals they’ve done with your company? Or individuals will leave one customer and go to work for another customer – taking with them the knowledge of previous deals with your firm. In short, we can’t afford to be too short sighted when negotiating for the implications of this deal will impact every future deal with this customer and often many future deals with other customers. After all, our de facto “market price” is whatever we are negotiating in our deals today. We must think more strategically about each of our negotiations.

This is perhaps the single biggest tactic that procurement professionals have been trained to use. What’s the problem with negotiating a single issue? It’s a simple mathematical problem. It’s what’s called a “zero sum game.” One side can only win if the other loses. You are having a series of “win-lose” negotiations and while no single concession hurt too much, by the time you are done and look at the deal you’ve agreed to – you are suffering from the death of a thousand cuts!

The way you manage this tactic is first to simply keep everything “on the table” – meaning that nothing is final and agreed to until it is all agreed to. Don’t expect procurement to be thrilled with this approach, but then again our job is not to make them happy. And besides, isn’t something like price related to volume, payment terms, close date and things of that nature? Secondly, never concede on any item or issue but rather trade for something important to you..

By being aware of these common mistakes, we can hopefully avoid them or at least manage them. In the next blog, we will ask “Are We Having The Right Negotiation?” You could be a very talented negotiator, but if you’re having the wrong negotiation, the odds of closing a good deal are very slim.